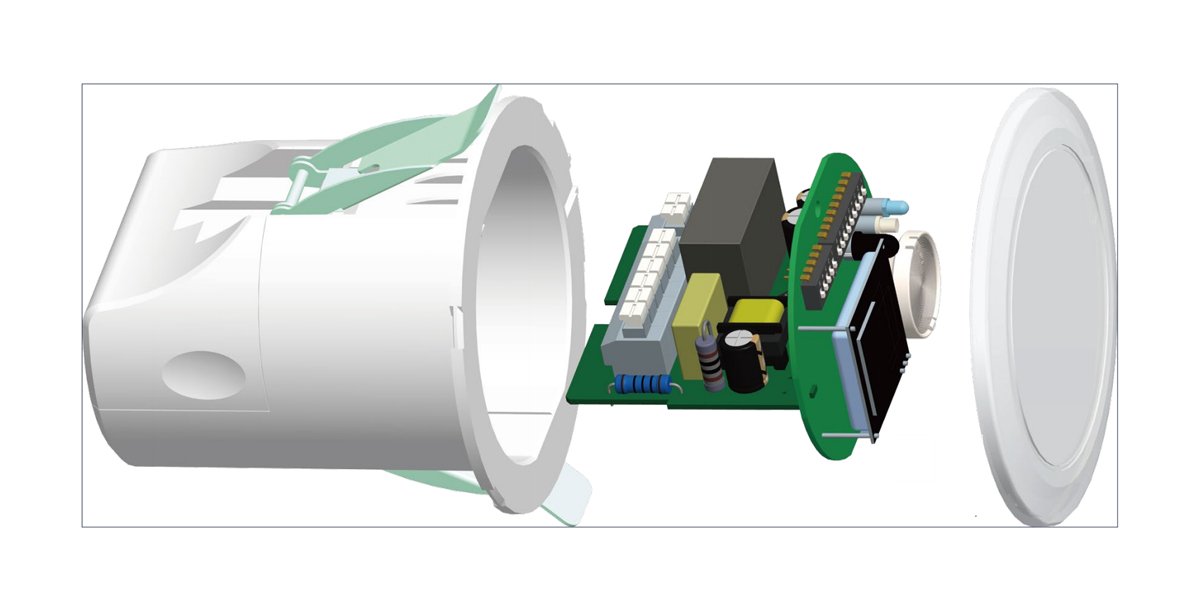 The self-developed global patented low-impedance antenna technology has created an era when microwave products have passed the industry RED certification test in batches.

Compared with conventional microwave antennas, the antenna has a very low impedance (close to 0 ohm), thus forming an ultra-narrow channel, which can effectively filter out radio signal interference.

In practical applications, wireless electromagnetic signals such as 2.4G Bluetooth, 5G WiFi, 5G communications, and RF will not interfere with the normal operation of microwave induction.

The living body presence detection solution is based on the 5.8GHz microwave respiration detection technology, using a patented low-impedance antenna and an exclusive presence sensing algorithm to detect the presence of the human body by detecting the expansion of the chest and abdomen when the body is breathing. At the same time, algorithms and microwave detection are used to effectively avoid airflow interference from air conditioners, exhaust air, etc., so as to accurately identify the presence of human breathing.

Microwave breathing presence detection technology created an era when sensors could not detect the static state of the human body.
Whether it is activities, meetings, reading, writing, resting or static meditation, it can accurately detect and realize the real sense of existence.

The exclusive use of the 5.8GHz centimeter-wave frequency band can detect presence sensing, instead of using expensive ultra-wideband or millimeter-wave detection, it allows breathing detection to enter thousands of households and make people’s lives better due to sensing.

The brightness of artificial LED lights is controlled by the light sensor to adjust naturally according to the changes of natural light, so that artificial light, daylight and space are perfectly integrated, meeting the humanized constant illuminance light demand, which is the light interactive scene that intelligent lighting wants to achieve.

Through the self-developed Fresnel optical lens and illuminance detection algorithm, the problem that the illumination sensor cannot accurately detect the desktop illuminance is solved. At the same time, the lens optical imaging technology prevents the detection from being affected by the color and material of the desktop. It can accurately maintain the interactive effect of LED light and sunlight to achieve precise constant light effect, with a constant light accuracy of ±10%.

It is widely used in offices, classrooms, map embassies, airports, warehouses, etc. It needs to be adjusted according to daylight.
When the brightness is reduced.